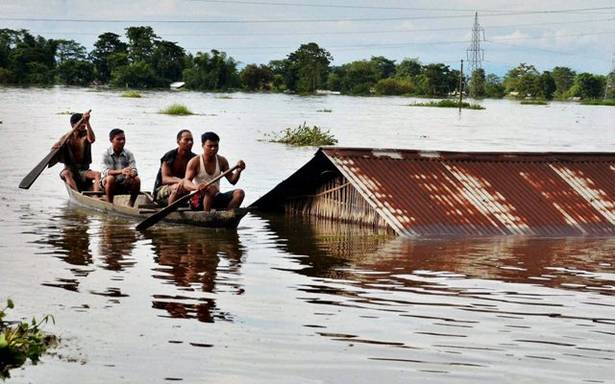 With the floods in Assam claiming over 50 lives, affecting 17 lakh people and inundating 25 of the state’s 32 districts, a CAG report has found a 60 per cent shortfall in release of Central funds to the state for flood management schemes.

“Further, the state government also did not release 84 per cent of the allocated budget provision….that adversely affected implementation of schemes,” said the CAG report ‘Schemes for Flood Control and Flood Forecasting’, tabled in Parliament on Friday.

Assam, along with Arunachal Pradesh, Jharkhand, Manipur, Sikkim and Manipur are among States that saw inordinate delays in 48 flood management projects, the report noted.Read more